Many of us remember the classic stoner films of the turn of the 21st century, but few are aware about the rich historical intertwining of weed and Hollywood films since the earliest days of movie-making.  Marijuana has been around for thousands of years, so naturally, it’s popped up in unexpected places throughout Hollywood history, beginning with some of the earliest silent films.

For anyone interested in Hollywood’s long and complicated history with marijuana, we are going to walk you through it today.  You will see that references to weed in movies are not a recent phenomenon, although the tones used to show cannabis on the silver screen have transformed over the years. 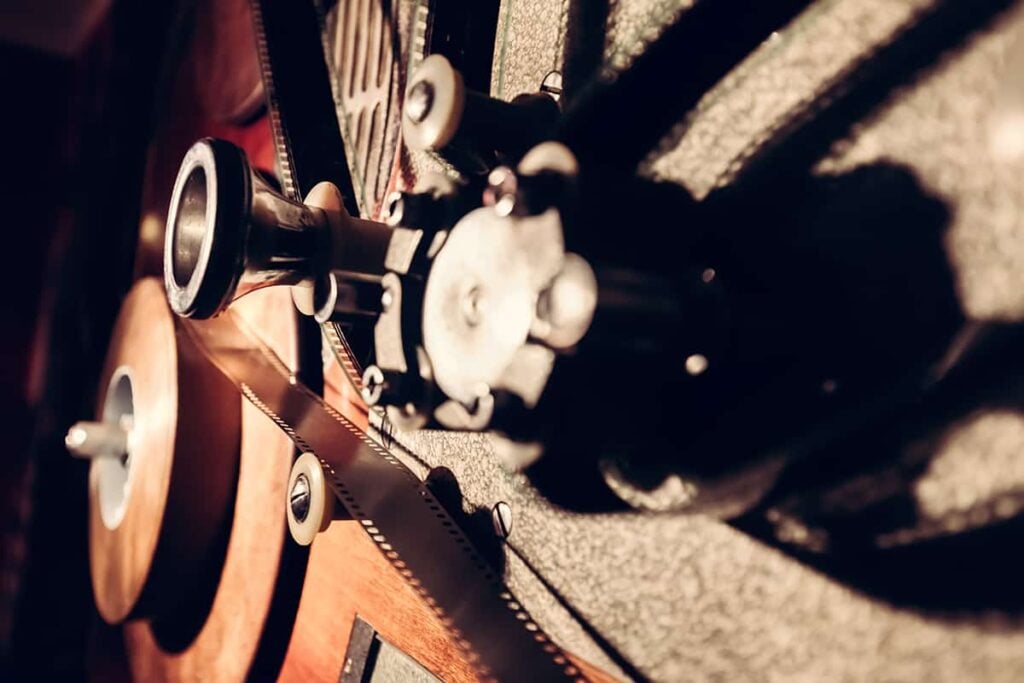 The Silent Era and Pre-Code Hollywood

Shortly after the turn of the 20th century, some ambitious film pioneers set out to observe California’s climate and landscape, as the unpredictable weather and mountainous regions of the Northeast were not suitable for filming over long periods of time.  What they discovered was a mild climate and long stretches of sun, over flat lands perfect for building sets and movie studios.  And so, Hollywood was born.

We cannot tell you when the first marijuana reference took place on film, because sadly, a countless number of the earliest films ever made have since been destroyed or have simply fallen apart due to age and a lack of care.  But we can say that weed references did happen in silent films, and rarely in a favorable way.  The earliest film moguls tended to create morality tales, and many films of the day were funded by William Randolph Hearst, a man who was more than happy to support anti-marijuana propaganda films to further his own financial interests – a story for another time.

Cannabis use saw an increase in the 1920s, partly due to the prohibition of alcohol, and certainly, films depicted this during the era.  But something changed in Hollywood in 1929.  The stock market crashed, and filmmakers needed to find a way to keep movie audiences coming back as their savings dwindled.  Thus, the pre-code era of Hollywood was born, which lasted from 1929 to 1934.

During this era, studio heads were more interested in enticing moviegoers with taboo topics in order to bring in bigger audiences.  Suddenly, topics of sex, alcohol, drugs and violence dominated the silver screen, quite simply because it titillated those who were watching it.

In Jewel Robbery, a 1932 film starring Kay Francis and William Powell, Powell plays a jewel robber who charms Francis with his suave nature.  In one scene, he gives two police officers joints, claiming that they are cigarettes.  Within minutes, the two officers are visibly high, and while the exact term is never mentioned, it’s obvious what they’ve inhaled.

Marijuana even made its way into musical numbers of the time.  In Murder at the Vanities, a 1934 murder mystery film that takes place backstage during a musical, half-naked dancers sit in oversized cannabis leaves, dreamily singing a song called “Sweet Marihuana.”  Even modern movie fans would be shocked to see such a blatant reference in a film so old.

The Precode Era ended when the Catholic church threatened to boycott Hollywood if it didn’t clean up its act.  And so, a new era of Hollywood was born, subjected to a strict “decency code” dictating what could and could not be shown on screen.  Any positive references to drugs were strictly banned, and just three years later, the Marihuana Tax Act would take effect.  This system would eventually become defunct as the rating system we still use today would take its place just a few decades later.

Many people are familiar with Reefer Madness (1936), which was just one of many anti-weed propaganda films released around that time.  In the film, a teenage girl tries marijuana, and a series of catastrophic events result as a consequence.  While these films sent a clear, although misguided message about the so-called dangers of cannabis use, many argue about their actual intent.  Did they exist solely to prevent teenage marijuana usage, or did they serve as thinly veiled exploitation films, driving in audiences by showing sensationalized themes under the guise of morality?

The Swinging Sixties and a Resurgence

In the 1960s, studios realized that the largest demographic of movie attendees were teenagers.  Thus, they had to appeal to teenage trends of the time.  And, one of the biggest trends among teenagers as the decade grew on was cannabis.  While outright references to marijuana were rarely shown, we did get our share of teenagers who were clearly high, acting as a wink to modern audiences of the time.

One film that did show marijuana in a more blatant light was Easy Rider, starring Peter Fonda, Dennis Hopper, and Jack Nicholson.  Released in 1969, the film centers on the drug trade, but a pivotal marijuana scene, in which a character is offered a joint, made moviegoers question the narrative of cannabis being a risky substance. 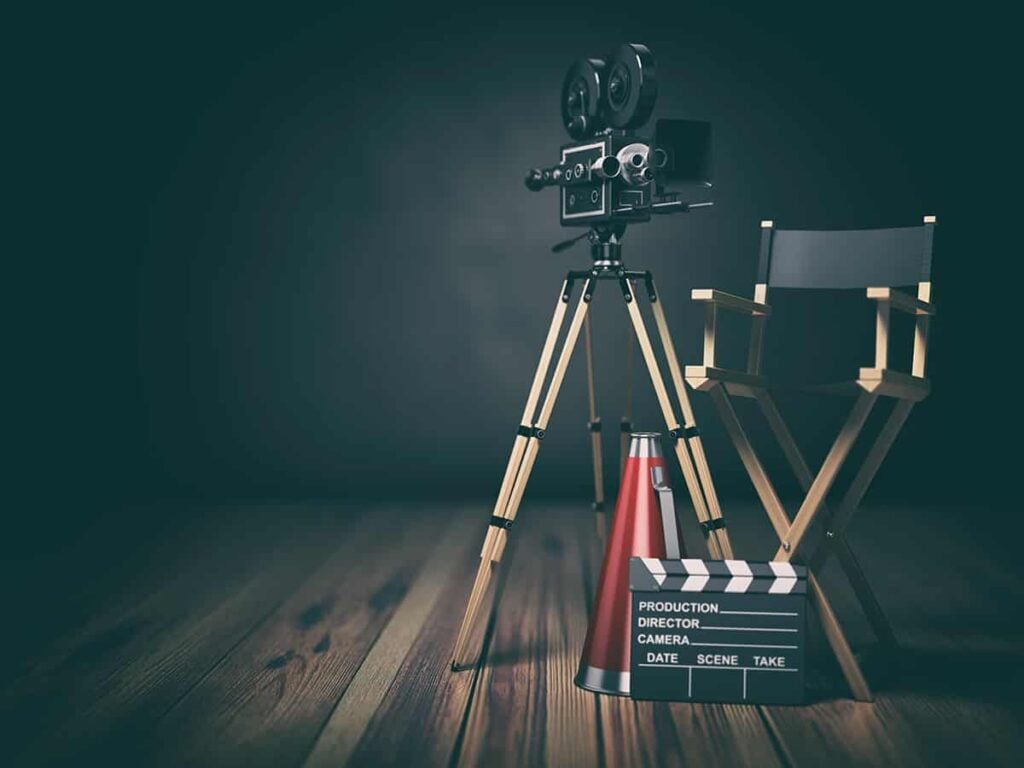 Marijuana use was quite mainstream by the 1970s, and there was no use hiding this fact any longer.  Cheech and Chong helped to usher in a new era of comedy with films that revolved around weed use, and their first film was so successful that they maintained careers in the field throughout the 80s.  Meanwhile, teen films of the 80s showed more honest depictions of marijuana use, in groundbreaking films like Fast Times at Ridgemont High and others.

Whether it was the intention or not, the films of the era played a role in destigmatizing marijuana.  Rather than develop an entire plot around its usage, many of these films treated it casually, as something that teenagers and adults do in social settings, without major consequences.  This also reflected changing attitudes in society, as the general public was less concerned about its effects on youth.

Perhaps the golden age of stoner comedies took place during the late 90s and early 2000s.  Dave Chappelle’s 1998 comedy Half Baked continues to be a cult classic, with the entire plot revolving around getting high.  Pineapple Express, released ten years later, follows the same formula, with a cast packed with comedy legends.  Throughout this time, weed was shown in movies in an incredibly casual way, reflecting the fact that it was far from being a taboo subject any longer.

Nowadays, few people blink an eye when a joint is passed in a film.  With so many states having already made cannabis use legal, it no longer serves as a way to titillate audiences, as it once did in the pre-code days, teach a morality lesson as it did during the silent era, or change public attitudes to the extent that was attempted in the 60s.  It has become commonplace and largely innocent.

At the same time, documentaries are being released that shed light on the ethical consequences of criminalization, and the possible benefits that the plant has to offer.  Clearly, the conversation regarding cannabis has evolved over the last century, and films have played quite a role in that changing tone.