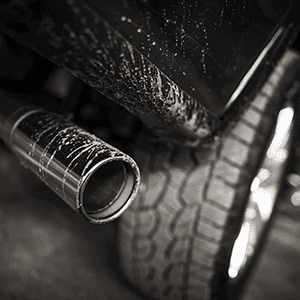 About the Sour Diesel Cannabis Strain

The Sour Diesel Cannabis Strain, also called the Sour D  or Sour Deez strain, is an aptly named sativa-dominant hybrid for it’s strong, fuel-like scent, which is fast acting, invigorating and energizing while still delivering a dreamy head high that has given the strain it’s cult-like following. While its history is shrouded in urban legend, it’s assumed to be a combination of Chemdog 91 and Super Skunk strains, or the a Chemdog phenotype crossed with Mexican Sativa. Regardless, this pungent, strong, skunky strain is a favorite across spectrums.

This strain is not only a favorite of recreational users, it also packs some serious therapeutic value for medical marijuana users, melting away stress, pain, depression, replacing it with euphoric creative energy that’s lasting.

You’ll not likely be surprised to learn that the Sour Diesel Strain has a flavor of, well, diesel. Sure, there’s the standard earthy, woody, musky flavors typical of cannabis, and there are certain some citrus flavors, especially orange, but lets be real here, what would you expect a strain called SOUR DIESEL to taste like?

It’s strong. It’s strong out of the package, it’s stronger when you break it up or grind it, and it’s smoke is well known for its durable, strong odor. This is a skunky strain that might make you cough or your sinuses react when smoked. Oddly enough, though, the aftertaste is unexpectedly smooth with a slight lemony flavor.

This strain isn’t a favorite for its flavor, that’s for sure. And anyone nearby will know you’re using it.

The strong flavor and scent includes: 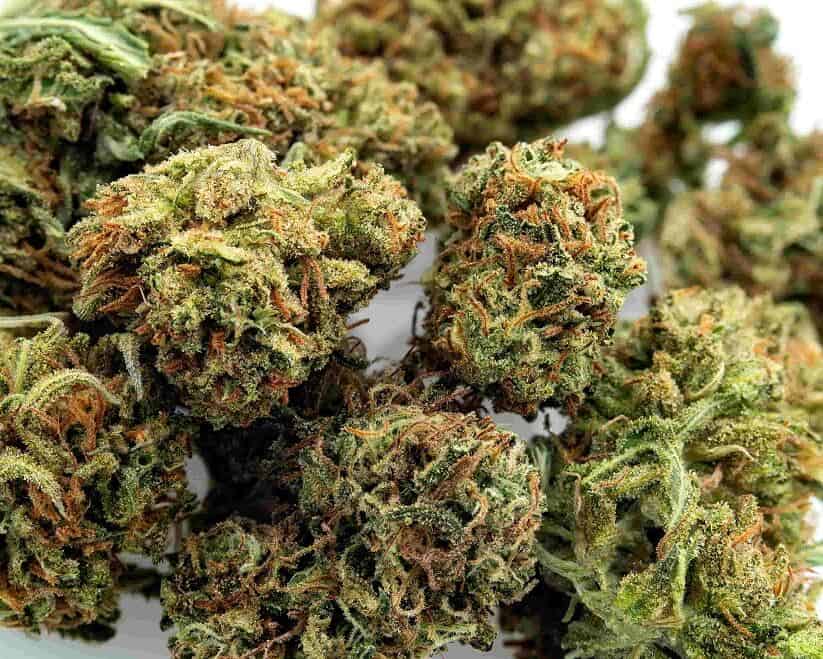 The average appearance, with medium sized nugs, olive colored leaves, red-orange pistils and densely packed leaves make this strain deceptive at first glance. Even the sparseness of the glistening trichomes is deceptive. The crystal-like white residue of the trichomes are on the inside, and visible when the nugs are broken or ground.

Possible Side Effects of the Sour Diesel Cannabis Strain

The Sour Diesel strain is consistent with any heavy sativa strain, delivering a strong high that for novice users can be surprising and possibly overwhelming. This unexpected reaction can result in a sense of loss of control or increased anxiety, paranoia, but that is likely due to the lack of familiarity with your individual reactions. Go slow, stay hydrated, and enjoy the ride, it’ll last about 2-3 hours.

Recreational users are attracted to this strain because of the relaxation and sense of euphoria it brings, along with the increased creative focus, which is also helpful in a therapeutic context. It’s a sought after strain for those seeking relief from:

Because of the low levels of indica, this strain while relaxing, isn’t a good choice for those seeking relief from insomnia or those in already heightened paranoid or anxious states because it does act as a mental stimulant, which can be counterproductive for those and similar conditions.

Fuel up. The Sour Diesel strain kicks in quickly, beginning with a warm head high that noticeably picks up your mood and gets your thoughts firing. It’s known for more creative rather than analytical purposes because it’s more of a spacey high than a cerebral one. It also might make you chattier than usual, or if you’re alone, more introspective and thoughtful, both of which combine nicely with it’s relaxing effects.

Because it’s invigorating rather than fully relaxing, it’s often the choice for earlier in the day, and it’s powerful enough to keep you going for several hours.

Typical sensations reported for this strain include: Growers can cultivate this line from readily available seeds or through clones from other plants. It can be grown indoor or out, but requires a semi-humid tropical like environment, between 72-80oF. As usual, indoor growing is recommended because it allows for better environmental control.

The plants grow tall and thin, and not overly dense, reaching up to about four feet. Their growth is noticeably fast during the flowering phase. You’ll want to bend and prune the branches during the vegetative stage to help train them to fit within any space limitations, particularly vertical limits.

If you’ve never tried the Sour Diesel strain before you’ll want to begin slowly, and trust us, the smell and flavor will be helpful in tempering your consumption. But the results … you’ll be happy with those as they definitely have a solid balanced effect that gives you an overall lighter feeling about life and your own body. Just keep in mind, everyone nearby will know because its scent is as potent as it’s effect.