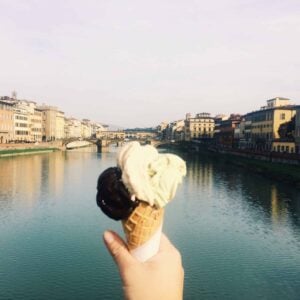 About the Gelato Cannabis Strain

Just the mention of the name, Gelato Cannabis Strain, makes you think of brightly colored sweet desserts, happiness, vacation, and exotic locations. The strain lives up to the name with a delicious flavor that is a combination of it’s parent strains, Sunset Sherbet and Thin Mint Girl Scout Cookie strains. And the taste is matched by it’s punch. With 20% THC it gives you a fast acting effect that takes your mind to the delicious relaxation that matches the flavor.

The great taste and mellow high, the strain, sometimes referred to as the Larry Bird Strain (because of the jersey number aligns with one of the most popular genotypes, #33), is a favorite for social and recreational users, as well as medical marijuana users.

Gelato Cannabis Strain and the Senses

We have to talk about the flavor of this cannabis strain. What else would you expect from a strain called Gelato other than something fruity and sweet? Sure there’s the woody flavor of weed, but the aroma is overpoweringly sweet, with flavors of lavender and a variety of citrus flavors. And let’s not forget, it has the hint of it’s parent strains, the Sherbet and Thin Mint flavors, with a bit of the spicey hoppy flavor from the terpenes.

The most dominant flavors are

When the buds are broken up or grinded, you’ll small more of the distinctive musky earthy flavor, but fear not, the smooth, sweet taste leaves the creamy sensation even after smoking it.

But the smoke, yes, it’s distinctive, and the telltale marijuana smell lingers, so be sure to know that before smoking it if you have any concerns that require being discreet. 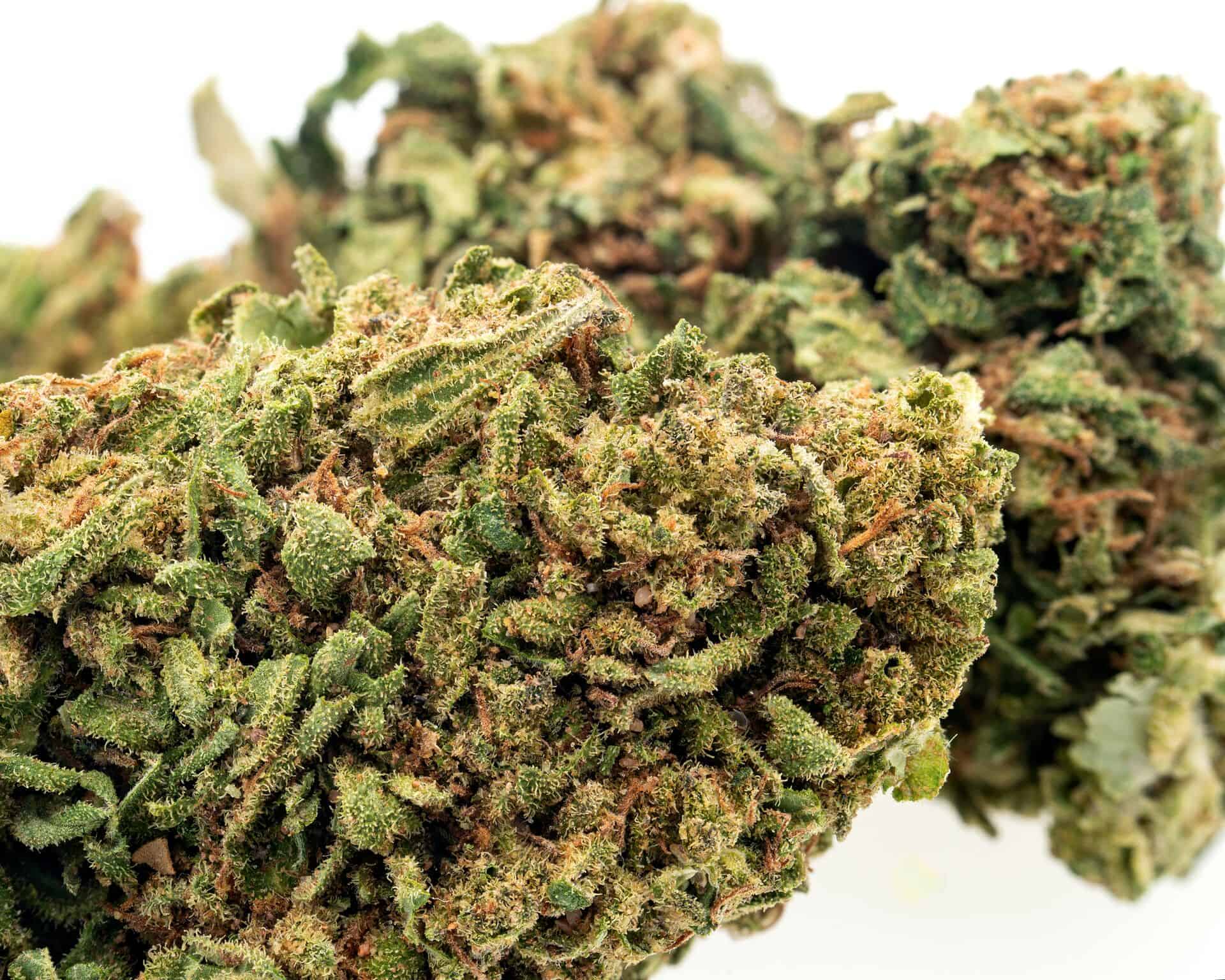 The Gelato Strain lives up to it’s name in appearance. It looks like ice cream and sherbet, with thick, bushy nugs covered with vibrant colors, from deep green leaves to the purple hues to bright orange pistils. The purple is even more vibrant in strains that are grown in colder environments because the anthrocyanins are active by colder temperatures. Of course the presentation is topped off with the enticing “sprinkles” that are the sticky crystal-like coatings of the trichomes, but aren’t overpowering and complement the burst of colors.

Possible Side Effects of the Gelato Cannabis Strain

Standard side effects apply, but with the addition of added anxiety, which can be attributed to the fast acting nature of the Gelato Strain. Remember to help counter any dry eyes or dry mouth by staying hydrated.

The THC levels and hybrid balance, coupled with the waves of the way the strain, beginning with a head rush that then eases into a gradual body buzz that you can feel happening, make the Gelato Strain a favorite choice for medicinal purposes as well as recreational uses.

Since this strain has a powerful numbing effect, it is particularly helpful as a treatment for aches and pains. Since it’s a mood enhancer, it’s also a great choice for those with mood disorders. This strain is reported to be effective for:

Since it’s a potent strain, the Gelato strain is sought after by experienced cannabis users. If you’re new to cannabis, or sensitive to the effects, you should monitor your reactions and delve into the strain slowly. Since the effect isn’t too psychoactive, it’s unlikely you’ll have increased paranoia, but it’s best to begin slow to ensure you get the best outcome and experience.

Brain Freeze! We love the taste, but we also love the effect. Despite being an Indica dominant strain, the high is a heavy head high, but isn’t overly sedating. This is a potent strain that is effective for even experienced users, and newcomers should be wary at first until they get used to the effects. But fear not, no pun intended, it’s not likely to cause a strong paranoia effect.

The effect is an initial head high, or rush, that gives you a fast sense of euphoria and you may find yourself a bit more focused. As the high builds and you relax, you’ll feel the effects roll throughout your body, washing over you as it calms each part.

You’ll likely get the sense of:

There’s a punch of THC here, so those less experienced with reactions, be forewarned and proceed with alertness and caution, until you know your own personal reaction. While not overwhelming, the fast-acting potency is enough for even the experienced users because it gives a good balance of relaxation and creative motivation. 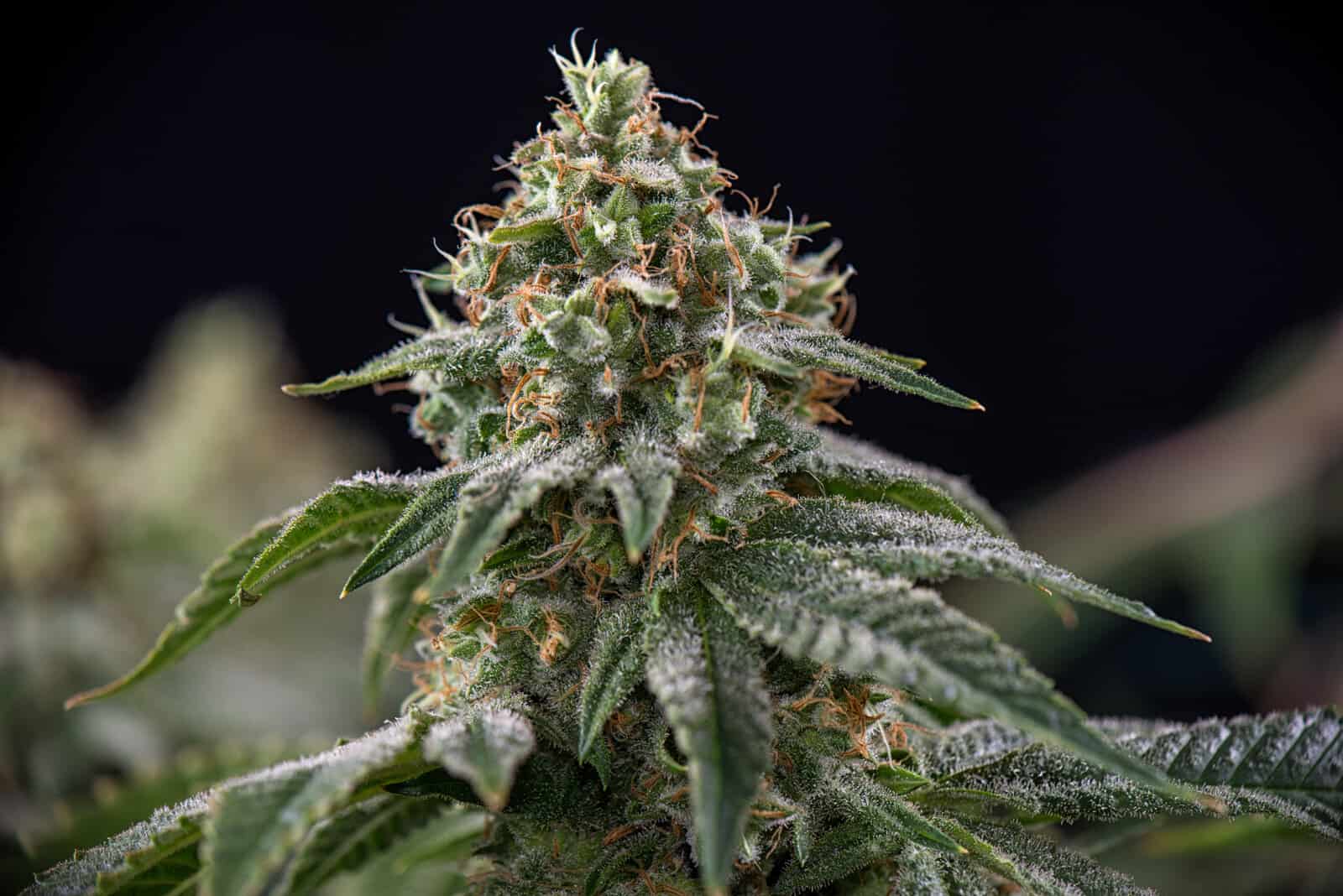 If you’re interested in growing your own Gelato Strain you’ll need to get plant trimmings to create clones since Gelato Strain seeds aren’t available commercially. If you do try it, be forewarned it’s not an easy strain to grow, and not recommended for new growers.

It can be grown indoors or out, but it requires a warm, humid environment, with steady temperatures around 75oF. This makes it more ideal for indoor growers. While the temperature should remain consistent, to get the best outcomes you’ll want to expose the plants to colder temperatures just before the flowering phrase. This will stimulate the anthocyanin pigments.

We don’t have consistent information on the yield size, but judging from the parent plants (Sunset Sherbet and Thin Mint) it likely has a higher than average yield.

Be forewarned, just as the use of the plant makes itself known, so does the growing. It has a strong scent that permeates the area, so you will want to incorporate odor control measures, such as filters, especially carbon air filters, or exhaust fans into your growing environment if you choose to try out this strain.

The Gelato Strain is not the easiest strain to find, but we assure you, the effort is worth it. The combination of the parent plant traits, Thin Mint and Sunset Sherbet, you get the delicious taste combination of the hearty, earthy, herbal taste mixed with the smooth, sweet citrus flavors. It just plain tastes great, even before you get to the effects! It’s the balance between a solid high effect with the complete relaxation that affords you the mind rush that motivates you, whether for creative work or socializing, or for therapeutic needs.