Can I use Cannabis or CBD for Glaucoma?

Depends on what you mean by effective. First a little about what Glaucoma is.

At its core Glaucoma is condition of the eyes in which the optic nerve that nerve that transmits visual information to the brain –  is slowly damaged due to increased pressure within the eye itself. This increased pressure initially effects the peripheral vision but can progress to total blindness. However it should be noted that blood flow to the nerve can also be a cause of damage in Glaucoma and pressure is not the only factor at work.

With increased availability due to the medical and recreational legalizations in Canada Federally and at the individual State level in the US (and beyond) – many are now looking at using cannabis and cannabinoids as alternative treatments to traditional Western Medicine.

It is now almost well known in pop culture that cannabis has the effect of decreasing the pressure within the eyes (called IOP or Intraocular pressure). Starting in the 1970’s studies did show that when participants (who were probably more than happy to help medical science) smoked cannabis had a significant impact on the pressure in the yes but that the effect lasted generally up to four hours only. Interestingly the method of taking the cannabis both through smoking flower which included THC had this effect as did taking THC alone (by capsule or injection).

What do Science and medical studies say about Medical Marijuana and Glaucoma???

Studies are conducted for good reason. Because many things in medicine and health do not work the way you expect and until you have tested many individuals and done trials that both prove safety and efficacy – medications are not approved.

Studies have been done all which ways trying to get the THC to the eyes whether directly as an eye drop or as mentioned through inhalation or even pills.  Whereas one would think THC eye drops for Glaucoma sounds like a great way of targeting the active component to the eyes – the drops not only irritated and burnt the eyes – but also did not reduce the intraocular pressure.

Similarly – sublingual administration of THC did not reduce the IOP.

Lastly even if THC did effectively reduce the pressure – another issue to be considered is the blood flow mentioned earlier whereby glaucoma can also affect the blood flow to the optic nerve. Cannabis in addition to lowering the pressure in the eyes can also reduce blood pressure so there is the risk that any positive effects the marijuana could potentially provide in the form of lower eye pressure – could not only undo the benefits but potentially even be a net negative. We just don’t know yet.

To protect the optic nerve from the ever accumulating injuries due to increased pressure – the pressure in the eyes needs to be maintained at a low level and not only for hours at a time but 24 hours a day. The amount of cannabis that would be required to maintain a decrease in pressure of 5 mm Hg in the eyes round the clock would be too much. Firstly you are talking a dose of up to 160mm of THC daily. That would be divided amongst 6 to 8 administrations daily and indefinitely.

Let’s put aside the high costs that would be associated with this regimen and focus on other drawbacks of using marijuana for glaucoma. In addition to the difficulty of self medication up to 8 times a day (when taking one pill daily is already hard enough) the amount of THC and potentially other cannabinoids or terpenes could negatively affect many aspects of the patients life. With such a level of THC consistently depression, anxiety, other mood disorders are at higher risk. Mental acuity/clarity go hand in hand with the effect on coordination and therefore driving or using potentially dangerous machinery. 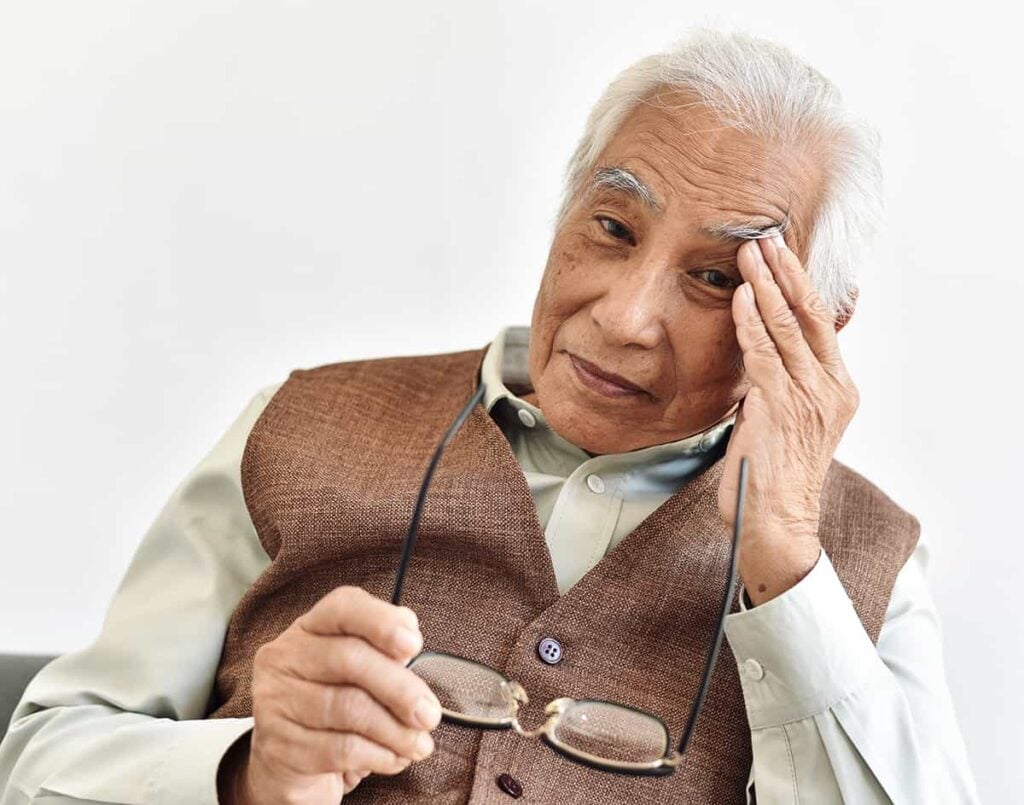 How Effective is CBD for Glaucoma?

More disappointing news. Many hoped that cannabidiol – that we all call CBD for short – not only doesn’t reduce eye pressure – it can actually increase the IOP. In fact a study done in rats that were given eye drops of either CBD or THC found the THC group had an effect of up to a 30% decrease in IOP vs an 18% increase for CBD.  (The same study showed a difference in the effects of THC on male vs female rats).

For the optimal treatment of  glaucoma, the pressure within the eye must be kept low enough to prevent damage to the nerves in the eye. Cannabis cannot achieve this level of consistency. Research on cannabis use and its compounds continues however currently the American Academy Ophthalmology, the American Glaucoma Society and the Canadian Ophthalmological Society are in agreement that they do not “recommend marijuana or other cannabis products for the treatment of glaucoma.” Or any eye conditions actually.

Well I think it’s fair to say that while it sounded good for a minute – the realities are that in this case weed is not the answer. There are approved medicines that work more for most Glaucoma patients more cheaply, safely and effectively than weed. While cannabis has high availability cannabinoids including THC (Delta-9), CBD and some other lesser available cannabinoids  such as CBG and Delta-8 the greatest effect seems to come from THC.

In the meantime DON’T RISK YOUR VISION – visit an ophthalmologist who can help you get the right treatment for you and the other medical conditions you may also have.